European and Canadian French: localize for the right market

Why translate into French? French is an international language, spoken by over 275 million people around the world. It is the only language other than English to be spoken on all five continents. In fact, among its 275 million speakers, more than 96 million live in Africa, yet it also represents the 2nd most widely […]

Spread your Holiday greetings all over the world 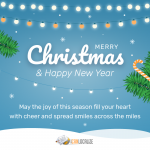 Christmas and New Year holidays are right around the corner and people worldwide are planning to celebrate them with their loved ones in anticipation of wonders and unforgettable moments. These days are usually public holidays in most countries, which creates a unique atmosphere of universal unity, regardless of the country of origin. While Christmas is […]

We probably all agree that localization is one of the most (if not the best) ways to increase the traffic of your site and make your product known worldwide. That’s not hard to believe or needs further explanations. It’s a fact. Localization is the process of adapting your text to a specific language or culture. […]

Popular multilingual themes to work with WPML and translation services

WordPress themes control how your website is displayed. In simple words, a theme dictates the design and functionality of your website. These templates determine what your visitors see and how they navigate pages when browsing your site. Choosing a theme shouldn’t be an issue when working with monolingual sites. However, when it comes to become […]

English, Chinese, and Japanese lead the top languages to localize your iOS app

Back in 2015, we wrote about the Top 10 languages to localize your iPhone app and added some predictions based on the 2015 Retrospective Report by App Annie. It has been almost 3 years and we are eager to know if any of these predictions have actually come true or if the numbers have somehow […]

What is a standard translation rate?

The translation rate is calculated based on the principle of supply and demand. The more translators work in a language pair, the cheaper the rate and vice versa. For uncommon language pairs, such as Japanese and Korean, the rate can go up to $0.25/word, depending on the complexity of the text and the estimated deadline. […]

Ron Henry wanted to expand the outreach of his blog on finance by translating its content. He chose Spanish because it is the second most popular language in the United States. He knew he wanted to use a professional translation service to help him and found ICanLocalize. Why did you decide to find a professional […]

Sergio was able to distribute his app, Voice Tooner, to clients around the world thanks to ICanLocalize 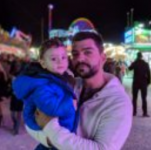 Sergio Viude has created an app, Voice Tooner, which can change your voice to fit different characters, It was doing very well but Sergio wanted to improve its reach into new markets. He started looking for professional services to translate his app and found ICanLocalize.  Why did you decide to use ICanLocalize? I knew that […]