We are glad to announce that ICanLocalize now supports YAML files for software localization. The YAML format is supported by dozens of programming languages because it is a simple, yet powerful way to store localized text. We used YAML to localize our own translation editor interface and we are happy to offer this new feature […]

Find out the lastest improvements in WebTA

Since we released the new online Web Translation Assistant (WebTA) to our translators, we have been receiving a lot of feedback with your comments and suggestions on options that can be improved. We have carefully studied each feedback. As a result of thorough, multiple testings, we have introduced several important improvements that should make your […] 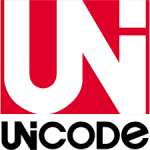 When the time comes to localize your software to another language, you might need to use the Unicode character U+FEFF byte order mark (BOM), which appears at the beginning of a text stream (file) and signals the text encoding. Why is this needed? As you might know, computers use a binary encoding: numbers 1 and […] 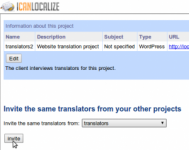 Inviting translators who you worked with in the past and who met your requirements has not been an easy task –until now. Now you can enjoy the benefits of a new feature that will make your life easier: using the same translators for all of your new projects. When you created a new project, you […]

At ICanLocalize, we care about expertise! While we thrive to collaborate with seasoned professionals in their native languages, at times it is difficult, as a client, to identify who are the better suited candidates to localize your projects. With the newly added field “Subject” to the description, ICanlocalize aims to help narrow the search for […]

Easter holiday is over, but we’re still people and we sometimes are away. It’s important to let each other know when we’re available and when we’re not. ICanLocalize makes this easy using the planned vacation feature. Translators can enter their planned vacation schedule to the system. Then, we’ll show that you’re on vacation automatically to clients. […]

Many of our clients make several mobile apps. It started with iPhone and now we’re seeing the same developers also producing Android versions for the same applications. To make translation even easier (and more economical), we’ve added a simple, yet powerful feature – translation sharing. When you create a new application, there’s a good chance […]

Your users want to help and contribute translations, but how do you make sure that translations are of qualify? As of today, you can run Software Localization projects and mix between volunteer translators and professional translators. This way, all your translators will use the same translation tool, have access to the same glossary and work […]