Why are the same languages not always the same

When it comes to translating, English is not always English and Spanish can be confusing even to Spanish speakers. Nearly all languages in the world have dialects. Dialects may differ not only by accent, but also in written grammar and vocabulary, which should be well chosen in translation. For example, British, American, Australian and Indian […]

Africa is the second largest continent on Earth. Its population of almost one billion people is relatively young. In many African states, over half of the population is under the age of 25. A quarter of all languages in the world are spoken only in Africa. 1 Today we are going to battle stereotypes that […] 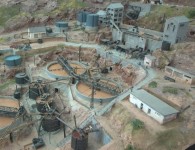 Why Are Professional Translators As Good As Gold For Mining Companies?

As the world’s consumption of oil, minerals and base metals steadily increases, so does the demand for professional translation services in the sector. Mining companies are on the look out for high caliber, technical translators. The industry is stirring a “Translator Rush” reminiscent of the Klondyke. Companies extracting energy and natural resources work in the […]

3 Steps To The International App Store

Apple App Store is the leader among all the existing online app distribution platforms. With its option for in-app purchases you stand to gain a lot. “The company said App Store users downloaded almost three billion apps in December making it the most successful month for the app repository. As a result, it said, Apple […]

The Russians Are Coming

A large number of apps originate in Russia – the biggest country in the world. New apps are appearing in their Android Market and iTunes Store every hour. Among the most popular ones are “AlterGeo”, “Cut the Rope”, downloaded 1 million times in its first 10 days and a total of more than 60 million […] 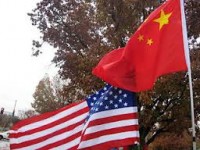 China is #2 in app downloads after the US.

What else do we know about China rather than it’s a birthplace of goods “made in China”? It has the largest population in the world. One out of every five people on the planet lives in China.1 It is also a country with the biggest number of people owning mobile devices.2 According to the Distimo […]

3 Ways to Socialize Your Product

Congratulations! You have your own multimedia product. It is beautiful, flawless and just perfect to you. Everyone should fling oneself on it and tear to ribbons. But it’s quiet… Why is that? Because yet so few people know about its existence! Let’s discuss the 3 ways to socialize your product to a larger community. Translate […] 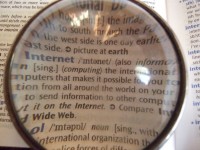 Multilingual Product is Easy to Search For

Software developers and suppliers, trying to meet customers’ needs and expectations and attract more visitors, go into twists and turns, but all they need is to make their websites or applications multilingual. Considering the fact that the Internet users speak and read different languages, this will show your respect to other cultures, and foreigners will […]

Localization for Mobile Apps – a Refresher

The popularity of smart phones has developed an incredible demand for mobile applications that can enhance the mobile user experience and mobile apps are becoming more and more popular. These applications rarely have any borders, they are globally useful, however, to get the most of them localization is required. Apps Localization Localization is the process […]

The Importance of Translating your iTunes or Google Store App Description

iTunes & Google Store app descriptions are just as important to translate as the app itself. Naturally, if folks can’d find your app, it doesn’t matter in how many languages it is available. Let’s concentrate on how to include the iTunes description with the iPhone application translation project in ICanLocalize (the same counts for Android […]