Home » ICanLocalize Blog » Thoughts » China is #2 in app downloads after the US.

China is #2 in app downloads after the US. 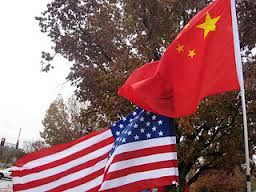 What else do we know about China rather than it’s a birthplace of goods “made in China”? It has the largest population in the world. One out of every five people on the planet lives in China.1 It is also a country with the biggest number of people owning mobile devices.2

According to the Distimo Report China is the second largest market after the United States in iPhone App Store downloads.2

Various statistics showing a prevalence (after the USA) of free – or freemium – mobile apps download in China speak for themselves about the great importance of localizing into Chinese, both Traditional and Simplified.

With the China iTunes Store’s new system of accepting local payments the current situation is going to change towards the wide-reaching number of smartphone paid app purchases.

We see a very strong demand for the local language iPhone and iPad apps in China, with nearly half of all top 25 apps consumed in China being those with Chinese-language names.  This is understandable as the Chinese use different character sets.3

We should always keep in mind that translation into Asian languages and Chinese dialects in particular is a crucial step towards app distribution to the global market of technology. China is the second biggest target audience for all the free apps with a growing interest to the paid apps and with preference to those localized into their native tongue.

ICanLocalize is a leading translation service provider that works with the best mother-tongue professional translators, translating into more than 45 languages. We are the experts in mobile apps localization (including iPhone and Android localization), website localization, and software localization. Find out more about our great rates and quality of work here: (http://www.icanlocalize.com). You are welcome to contact us on hello@onthegosystems.com or on Skype (icanlocalize).