“Manage Aliases” will save your time!

If your company delegates duties—for example, if one employee is responsible for translation, another for payments, and another for managing other projects under the same company—then the “Manage Aliases” feature is just for you! With this option, these employees can manage the same projects together without having to ask the account holder for confidential information. […]

Acompli, translated by ICanLocalize, was bought by Microsoft for $200 Million

Obviously, we are not claiming here that our translation was what led Microsoft to buy Acompli. However, we think that there’s a lesson to be learned about the importance of localization and reaching the global market. To understand this better, see what Javier Soltero, CEO at Acompli, Inc said: “18 months ago we started building […]

ICanLocalize is proud to announce we recently added our 70th language to all our language combinations. The 70th language  is Swahili, which is spoken by some 140 million people: “The Swahili language is a Bantu language spoken by various ethnic groups that inhabit several large stretches of the Mozambique Channel coastline from northern Kenya to northern Mozambique. Closely related languages, sometimes considered dialects, are […]

We have been working hard at ICanLocalize to improve our user interface both for clients and translators. This is ongoing work but we are pleased to be able to share with you some new developments in the set up process for Office Documents in Document & Plain Text Projects. You can now: Make payments for […]

WPML 2.8.1, our Multilingual WordPress plugin introduces long awaited features and also a series of bug fixes and refinements. Support Different Domains for Languages in WordPress Multisite If you are running a large multisite network for your different websites, you can now assign different languages to different domains. For complete details, read Languages in Domains […]

The most popular languages The most popular translation languages for mobile apps are French, Spanish, German, Japanese and Italian. We hardly have any projects that doesn’t include at least one of them. Simplified or Traditional Chinese? When translating to Chinese, we’re asked which Chinese variant to choose. There are about 1/2 billion people speaking both Traditional and Simplified Chinese, so it’s […]

The easiest way to run multilingual PHP sites is by using GetText .po (Portable Object) files. ICanLocalize makes translating GetText .po/pot files better and easier than any other way. Let me explain what the files are. POT – Portable Object Template. This is the file that you get when you extract texts from the application. […] 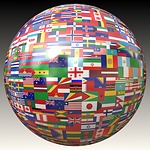 The smartphone industry is continuously moving and changing. From being a luxury 5 years ago, it seems now everybody and their dog owns one. Most  apps are still only available in English. This is very surprising when you consider the enormous use of mobile technology in China, Japan, India and Europe. It is also on […]

Many of our clients and translators have given us some fantastic feedback in 2012. ICanLocalize has not ignored this….in fact we have logged all of your suggestions and we now have a comprehensive list for improvements. Much will change over the course of this year!! The team is very excited about these changes. Hopefully you […]

The Work Behind ICanLocalize: Why 20% Commission?

We would like to share with you the work behind ICanLocalize. You may wonder at times why we take 20% commission from translators’ jobs and whether it’s fair. I used to be a translator at ICanLocalize myself before getting a job in Support and Marketing so I can imagine why you sometimes question this. So I […]