On October 11, Microsoft announced the addition of Russian to the spoken languages supported by Skype Translator.

This feature translates and transcripts the voice of a person into instant subtitles in real-time.

Microsoft started working on Skype Translator in 2014, and it now supports the following languages:

The Skype Team has expressed its gratitude to the enthusiastic customers who requested the inclusion of Russian to Skype Translator:

“Russian is the eighth most popular spoken language in the world and our Russian-speaking customers around the world have always been particularly enthusiastic about Skype Translator. For months, we’ve received many requests to include Russian in Skype Translator’s audio language portfolio and we are excited to finally cross this milestone, opening up one of the most dialectically complex languages on earth to anyone with a Skype account.” 1

If you do not like video calls and prefer text chats, Skype also supports over 50 languages in text-to-text translation. 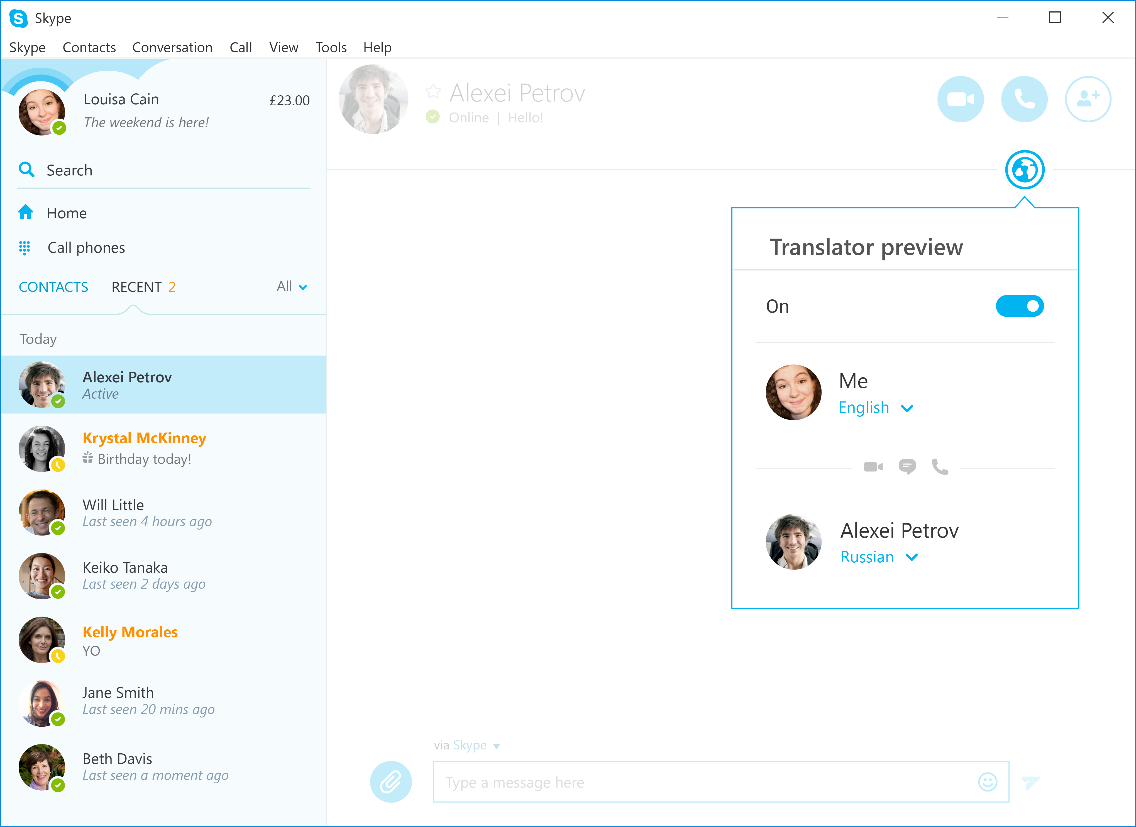 To use Skype Translator, click on the globe icon in Skype for Windows desktop.

The technology behind Skype Translator

In particular, Machine Learning ensures that the translations will improve as the feature is used over time.

Machine Learning is the capability of software learning from data examples. The training data for speech recognition are obtained from translated web pages, videos with captions, and previously transcribed conversations. The data is analyzed to create training material for the statistical models that teach the Speech Recognition and Machine Translation engines how to transform the incoming audio stream to text, and then translate the text to another language. 2

The training data is improved by users’ conversations. Skype Translator users are notified that their conversation is recorded to improve the quality of the service.

Skype Translator is a feature available only in the Windows Desktop version of Skype, but its progress and growth of user base show that the project is healthy and well cared for. As the Skype Team said, “Skype is about helping people communicate – mind to mind, heart to heart. Skype Translator is the latest evolution of this.” 2

Why don’t you give it a try?