Localization is the primary means for expanding a business globally and reaching customers all over the world. However, the temptation to localize in as many languages as possible at once is a dangerous one. You could invest too much in localization and spread your resources too thin.

The best approach is to go global in stages by planning your language selection in detail and adding services by degrees.

As new markets emerge, so do their languages 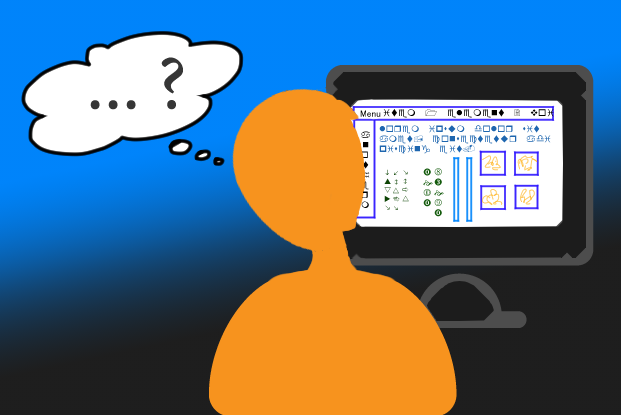 Of course, the choice of languages depends on the markets you want to enter. You should also evaluate periodically whether an existing market would benefit from added language support. As more and more people around the world gain access to the internet, new markets emerge and old ones gain importance.

English is a safe choice for any localization plan, but it is only the starting point.

In 2013, Common Sense Advisory reported, “English-speaking countries represent 36% of the combined online and offline spending power of web users. The relative value of English as a natively preferred language is experiencing an extended, historical decline […].” 1

English is not as widespread as we might have imagined, especially in certain countries and markets.

Do European users use foreign languages on the internet?

To understand the importance of localization, we can look at how European users behave on the internet. Do they read or browse for products in various languages?

In 2011, the Gallup organization (Gallup, Inc.) conducted the following survey, upon the request of the European Commission: User language preferences online (Flash No 313). The survey examined users’ attitudes and opinions towards the use of different languages on the internet. 2

In particular, they studied whether the users used languages other than their native languages for different activities on the internet and also sought their opinions on websites in several languages.

The results were surprising:

Let us look at the results for internet activities that should interest most companies that want to go global: searching or buying products and services and browsing for entertainment.

Reading the following graphs from left to right, you can see the countries where users are less likely to use foreign languages. 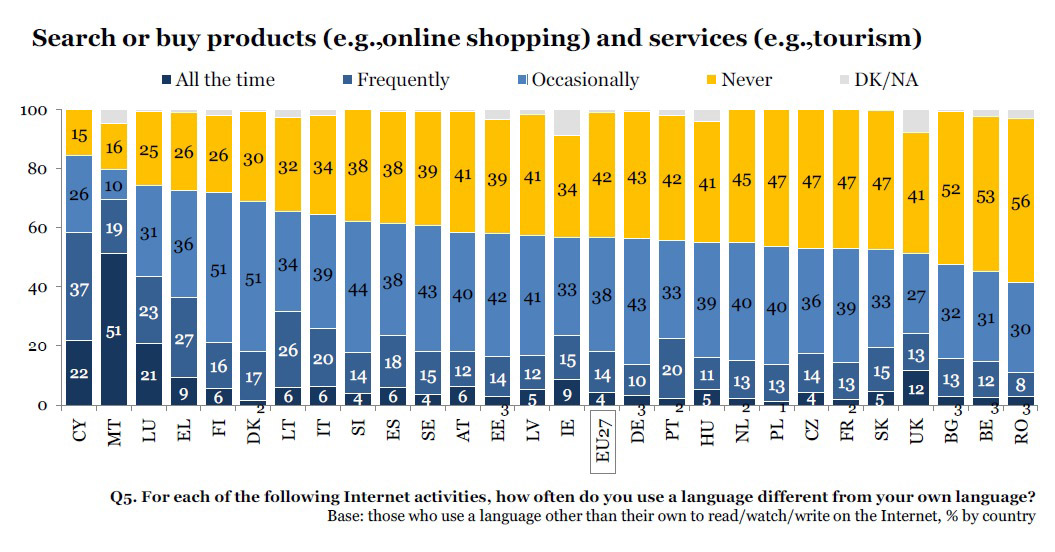 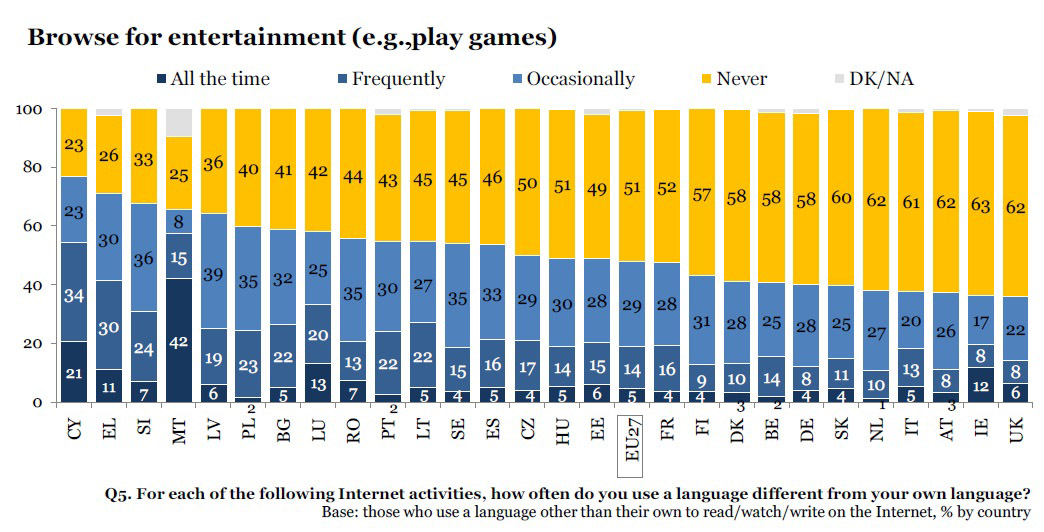 The most used language, other than a respondent’s mother tongue, was still English. Although 48% of European internet users mentioned using English on the internet, those who used this language occasionally outnumbered those who used it frequently or all the time. This result was confirmed by opinions on the availability of websites in several languages: 9 in 10 users said that, given the choice, they always visited a website in their mother tongue and agreed that all the websites developed in their country should be available in their country’s official language. 2

Use social media and website analytics to gather data

Communicating via social media is a quick way to get in touch with customers worldwide. Social media is useful for analyzing the distribution of your international customers, just like your website. Study internet traffic and users’ activities to determine what countries you should focus on; if your website is not localized for countries that generate high traffic, make translation a priority. If your website is already localized, think about expanding the services offered. For example, users may appreciate customer support or social media managers who speak their language.

Speak the language of your users

Do you want to promote your products in a new country? Take a look at the graphs above; moving from left to right, you see countries with users who are less and less likely to discover you because they don’t like to read in a foreign language. Even if they find your products or services, they will not trust them as much as others that are localized in their language.

When planning to enter a new market, consider users’ preferences. If certain countries have users who strongly prefer localized content, give high priority to their languages. You can always add new languages or new localized services later on according to the feedback and data gathered.

Localization is a process, which could require time and resources, but the rewards are always worth it.