Optimize your app-store profile with localization

Mobile applications serve numerous purposes in areas ranging from gaming to health care. Their popularity is constantly growing, and the industry produces more and more apps every year. No one knows how many apps actually exist. In July 2016, Android users had 2.2 million apps to choose from, while the Apple Store launched with only 800 apps in July 2008 and reached 2 million in June 2016. 1

With such intense competition, how can developers successfully promote their products?

App-store optimization (ASO) is essential. The localization of your app profile is the first step to gaining popularity and generating downloads in regional stores.

Discover and target the countries most interested in your app 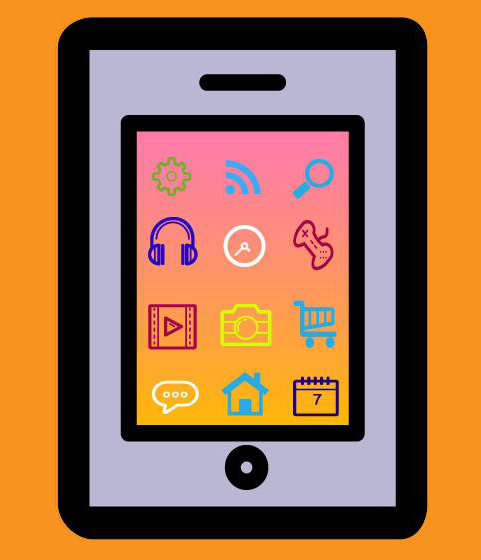 Depending on its type, the complete localization of an app can be a hugely expensive task. On the contrary, the translation of the store profile and metadata can be significantly cheaper and can boost downloads with a moderate financial investment. More downloads also brings more popularity and thus improved rankings. Accordingly, one of the best ways to promote your app is to translate its profile for regional stores.

The popularity of your app in country-specific stores can help determine in which languages it should be localized. Although localization is usually worth the cost and effort, it is also true that some apps perform sufficiently well without localization. In order to limit the risks and have a clear picture of the countries in which your product is genuinely in demand, you can start with app-store profile translation.

The main elements of an app profile are its title, keywords, and description. If possible, consider also the adaptation of text in screenshots or videos. 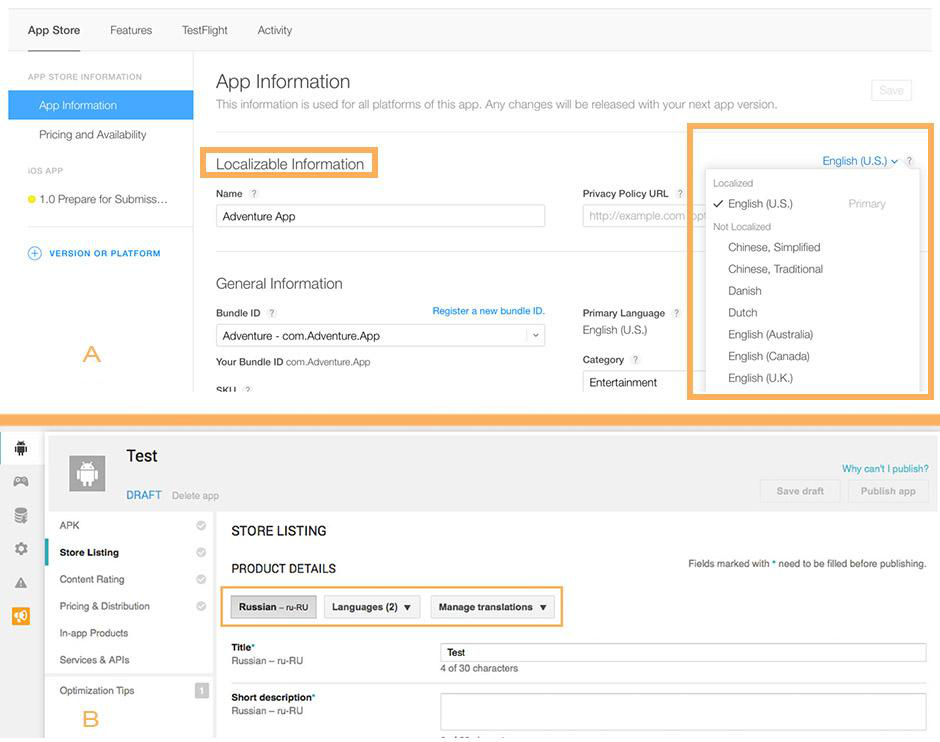 Language information in App Store (A) and Google Play (B).

The only downside of translating the store profile is that it may create the false expectation that the app itself is localized. In the description, you should state very clearly the languages supported in the app so that users will not be disappointed if they discover the app in their local store and then find out that it is not localized itself. To minimize the impact of negative reviews, you can also run your test for a short period only. Once you have gathered enough download data to determine the most important countries and languages, you can remove the app from the local stores and work on its complete localization.

Not all users frequent the same stores

Apps for iOS are sold only in the Apple App Store, but there are over 30 stores for Android ones. You have to consider stores other than Google Play if you want to target a much larger audience. Russia and China, for example, have their own preferred local Android app stores; Google Play is not widely used there.2

China has one of the most lucrative mobile markets, but Google Play is not entirely supported and does not come pre-installed on many Chinese Android devices. Google is still planning to launch a Chinese version of its store (not connected to the overseas one) during 2016 to comply with Chinese laws on content filtering.3 At present, China’s tech giants dominate the distribution of apps. Even if Google Play were to enter the Chinese market officially, users are already accustomed to alternatives.

Each store has its own submission process, text size limits, and metadata criteria. You should research the most profitable stores and devise an optimization strategy according to their specifications.

Optimize to stand out

The number of apps is growing and users do not have time to browse entire categories. Your app needs to stand out from the crowd, be easy to find in searches, and target the largest possible audience. A presence in regional stores is a sure and safe way of expanding your user base and improving the app popularity. Store optimization has the additional benefit of providing country-specific download data to gauge if localizing the entire app is worth it. Prepare your app profile carefully, and then entrust its localization to professional translators who will be able to contribute efficient linguistic and stylistic solutions in their native languages.