Bringing your book to life in all countries 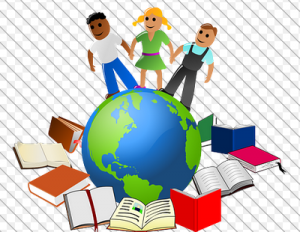 If you are a talented author with a published book under your belt, wouldn’t you like it to become a part of world literature? Most likely, yes. After all, your creation can have the potential to reach millions of readers all over the globe! But where to start? The best way to start is to translate the book into English.

Translated into English, your writing will reach foreign publishers.

“Translating world literature into English is a way to immediately introduce great works to a much, much broader audience. An audience that may read the English translation, say “OMG MY COUNTRYMEN NEED TO READ THIS,” and then go on to bring said work of world literature to their country, which may in turn make the book available to more audience in much the same way. “Audience” applies both to general readers and publishers.” 1

This is well described in the book “WHY TRANSLATION MATTERS” by Edith Grossman: “Translated literature not only opens the door for readers of a respective language, but it also points the way to myriad other doors leading to other languages.”1

Grossman emphasizes the many reasons for making books available in new languages. “A sampling of these arguments include: if literature, in general, helps us to understand both outer and inner worlds, writers from different countries expand these perspectives;

publishing in English allows writers to sustain a career with audiences composed of the educated world elite, movie studios, Nobel prizes judges, and the biggest book market in the world (the US).” 2

Only professional literary translation can bring the book to life.

A perfectly translated book reads like it was written by the author. And it’s true. The translator acts like a second author. The translator’s goal is to maintain the style, communicate the vocabulary and cultural context of the original writing. At the same time, the translator has to make foreign readers feel like the story took place in their language, putting himself or herself in the readers’ shoes.

The translator’s “job is not to find an equivalent but rather reconstruct the original as though it was written in the target language. To translate a book, you have to be able to write a book; to translate a play, you need to know how to write a play.” 3

“Translators are like actors who speak the lines as the author would if the author could speak English. Or, in a variation on this theme, Grossman charmingly describes the rare “sweet spot, when I can begin to imagine that the author and I have started to speak together—never in unison, certainly, but in a kind of satisfying harmony… The experience is exhilarating, symbiotic, certainly metaphorical, and absolutely crucial if I am to do what I am supposed to do—somehow get into the author’s head and behind the author’s eyes and re-create in English the writer’s linguistic perceptions of the world.” 2

A good translator will make the reader laugh or cry, think back to some moments in life, sink into dreams and forget reality. A foreign reader will become close to the hero, being able to see, hear, smell, touch, taste everything described in the book.

Literary translation requires being creative. It is a hard challenge for the translator to render the idea hiding under the author’s metaphors, play of words, references, simile, and vivid imagery. To keep the reader’s interest, the translator should not simply transmit the meaning of phrases, but tell the soul of the book, maintain the original rhythm, connecting separate phrases into a flow. It must be read in one breath. For this, the translator must have a relevant background and extensive reading experience.

If all goes well, one day your book will shine on a foreign counter, attracting local readers. Wouldn’t it be interesting to see what effect your creation will have abroad? Its distinction from others can stand alone in the crowd, generating interest.

Thanks to the Internet, it is even easier to extend the reading audience. You only need to put it online – et voilà. Feel free to post the e-book in any application store, complete with the right keywords to help people find it. And don’t forget about a catchy title and image!

ICanLocalize is a leading translation service provider that works with the best mother-tongue professional translators, translating into more than 45 languages. We are the experts in mobile apps localization (including iPhone and Android localization), website localization, and software localization. Find out more about our great rates and quality of work here: (http://www.icanlocalize.com). It is now available in Russian. You are welcome to contact us on hello@onthegosystems.com or on Skype (icanlocalize).